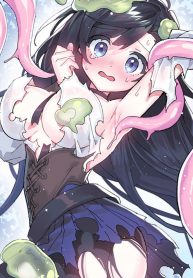 Nam-ju, who lived a normal life by working part-time at a convenience store during the day and playing games at night, one day accidentally picks up a USB stick on the street. It contains a fantasy virtual reality adult game that has not been officially released for some reason… The state of the NPCs in this game is strange?! Will Nam-joo be able to appease the hot (?) NPCs and even capture the heart of the demanding Demon King?

Register For This Site.

Please enter your username or email address. You will receive a link to create a new password via email.